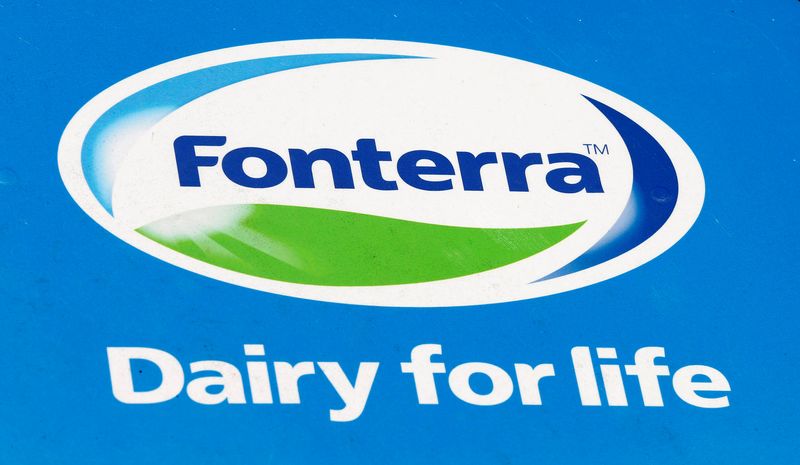 © Reuters. The Fonterra logo is seen near the Fonterra Te Rapa plant near Hamilton

(Reuters) – New Zealand's Fonterra (NZ:FCG) (NZ:FSF) said on Monday it has agreed to sell its farms in China for a total of NZ$555 million ($367.97 million) as the dairy producer continues to focus on the domestic market and reduce debt.

The company unveiled plans last year to halt overseas expansion after being criticised by the more than 10,000 farmers who make up its cooperative for its foray into countries like China and value added consumer products that were weighing on its profits.

"For the last 18 months, we have been reviewing every part of the business to ensure our assets and investments meet the needs of the Co-op today," Chief Executive Officer Miles Hurrell said.

"Selling the farms is in line with our decision to focus on our New Zealand farmers' milk."

After the sale, the company will also be able to better prioritise its efforts in the foodservice, consumer and ingredients business in China, its biggest market, it added.

China Youran Dairy Group will purchase two farming-hubs located in Ying and Yutian for NZ$513 million, while Beijing Sanyuan Venture Capital is set to acquire an 85% stake in the Hangu farm.

The dairy giant said it will use the cash proceeds from the deal to pay down debt further, which it has already managed to reduce by NZ$1 billion, as of September.

© 2020 All Rights Reserved.
Connect with:
Facebook Google Twitter
Back to
log in
Choose A Format
Personality quiz
Series of questions that intends to reveal something about the personality
Trivia quiz
Series of questions with right and wrong answers that intends to check knowledge
Poll
Voting to make decisions or determine opinions
Story
Formatted Text with Embeds and Visuals
List
The Classic Internet Listicles
Countdown
The Classic Internet Countdowns
Open List
Submit your own item and vote up for the best submission
Ranked List
Upvote or downvote to decide the best list item
Meme
Upload your own images to make custom memes
Video
Youtube, Vimeo or Vine Embeds
Audio
Soundcloud or Mixcloud Embeds
Image
Photo or GIF
Gif
GIF format