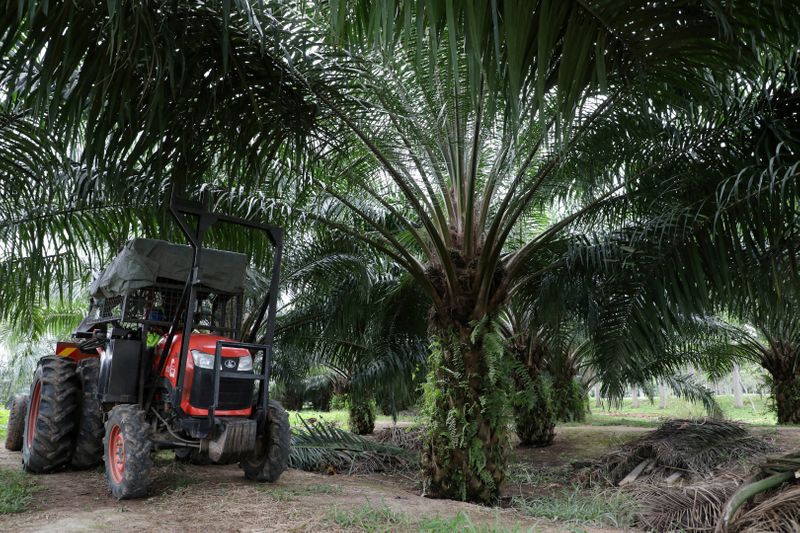 LONDON (Reuters) – Supermarkets, food manufacturers and restaurant chains under pressure from campaigners over their environmental impact urged Britain on Monday to strengthen a plan to stop tropical forests from being cut down to grow cocoa, palm oil and soy.

With the food industry under growing scrutiny for its role in driving deforestation in countries such as Brazil and Indonesia, Britain is drawing up legislation to force the sector to tighten oversight of its supply chains.

In an open letter https://www.retailsoygroup.org/wp-content/uploads/2020/10/Letter-on-due-diligence-consultation_final.pdf, some 20 large companies welcomed the plans as a "step forward" but said "it's not currently envisioned to be enough to halt deforestation and we encourage the government to go further to … address this issue."

Britain's move to introduce legal penalties for companies found to be complicit in deforestation aims to improve upon a range of voluntary, industry-led initiatives that have faced widespread criticism from environmental groups.

Companies say they would prefer clear direction from governments that would create standard rules rather than navigating the existing maze of voluntary intiatives.

Under the proposed legislation, large companies would have to report on how they source tropical commodities. The companies would also be banned from using products that are harvested illegally in their country of origin.

But the supermarkets and food companies who signed the letter say the proposed new law has a major loophole: farmers in developing countries can often clear forests to grow cash crops for export without breaking any laws.

The companies want the new British rules to apply to all deforestation – not just in cases where the destruction is illegal.

"The proposed legislation would continue to allow rampant deforestation in hotspots such as Indonesia and Brazil," said Robin Willoughby, UK director of campaign group Mighty Earth.

Companies are also concerned that the legislation would not apply to smaller firms who may import considerable amounts of products, such as rubber, from sensitive forest regions.

Cyril Kormos, executive director of Wild Heritage, a nonprofit based in Berkeley, California, said a more comprehensive overhaul of forest management rules globally would be needed to reverse the loss of old-growth forests, whose stores of carbon form bastions to slow climate change.

"Deforestation pledges only go so far," Kormos said. "We need an equivalent focus on ending degradation of primary forests."